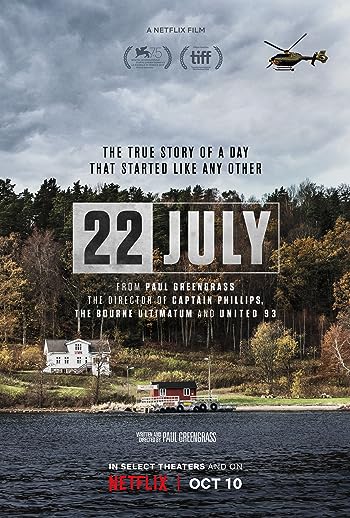 22 July is a movie starring Anders Danielsen Lie, Jonas Strand Gravli, and Jon Øigarden. A three-part story of Norway's worst terrorist attack in which over seventy people were killed. 22 July looks at the disaster itself, the...