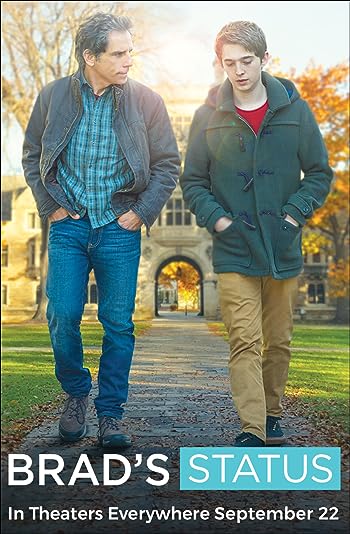 Brad's Status is a movie starring Ben Stiller, Austin Abrams, and Jenna Fischer. A father takes his son to tour colleges on the East Coast and meets up with an old friend who makes him feel inferior about his life's choices.