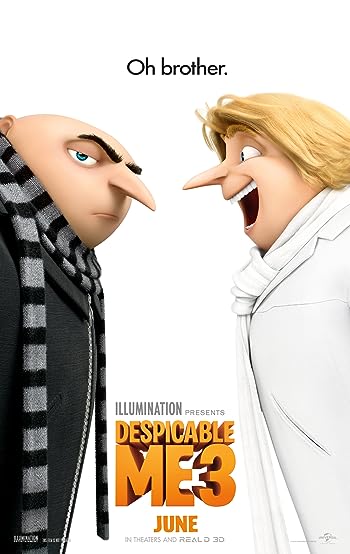 Despicable Me 3 is a movie starring Steve Carell, Kristen Wiig, and Trey Parker. Gru (Steve Carell) meets his long-lost charming, cheerful, and more successful twin brother Dru (Steve Carell), who wants to team up with him for one...