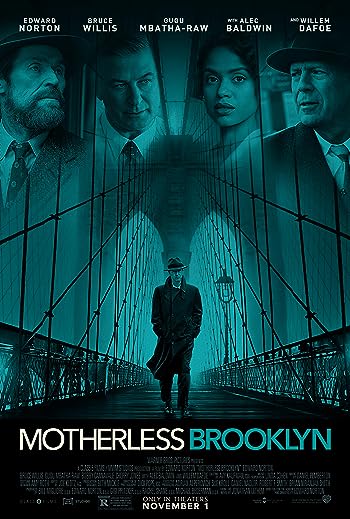 Motherless Brooklyn is a movie starring Edward Norton, Gugu Mbatha-Raw, and Alec Baldwin. In 1950s New York, a lonely private detective afflicted with Tourette's Syndrome ventures to solve the murder of his mentor and only friend.