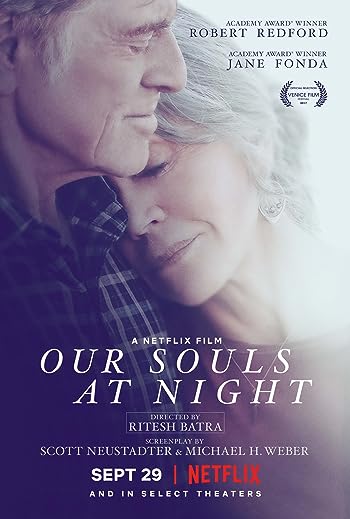 Our Souls at Night

Our Souls at Night is a movie starring Jane Fonda, Judy Greer, and Robert Redford. Fonda and Redford star as Addie Moore and Louis Waters, a widow and widower who've lived next to each other for years. The pair have almost no...