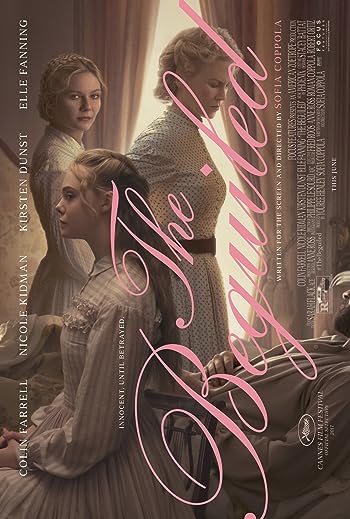 The Beguiled is a movie starring Nicole Kidman, Kirsten Dunst, and Elle Fanning. The unexpected arrival of a wounded Union soldier at a girls school in Virginia during the American Civil War leads to jealousy and betrayal.