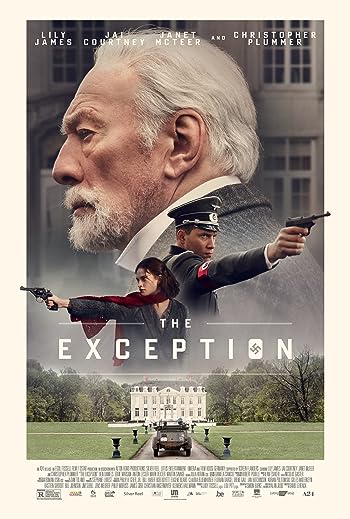 The Exception is a movie starring Lily James, Jai Courtney, and Christopher Plummer. A German soldier tries to determine if the Dutch resistance has planted a spy to infiltrate the home of Kaiser Wilhelm in Holland during the onset...