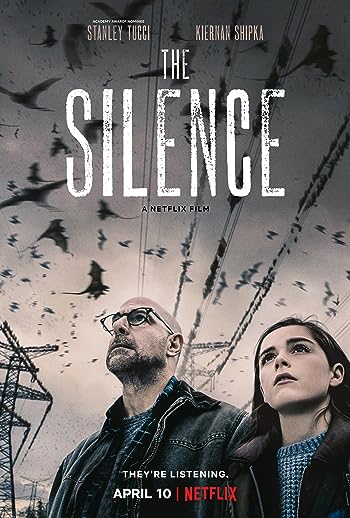 The Silence is a movie starring Stanley Tucci, Kiernan Shipka, and Miranda Otto. When the world is under attack from terrifying creatures who hunt their human prey by sound, 16-year old Ally Andrews (Kiernan Shipka), who lost her...