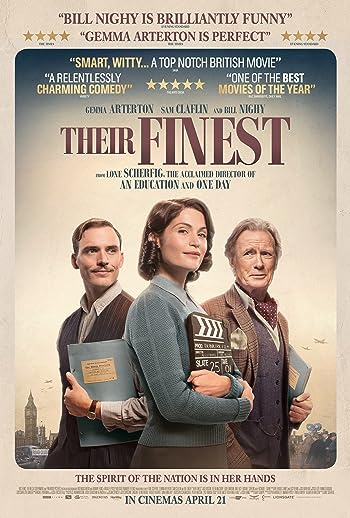 Their Finest is a movie starring Gemma Arterton, Sam Claflin, and Bill Nighy. A former secretary, newly appointed as a scriptwriter for propaganda films, joins the cast and crew of a major production while the Blitz rages around...